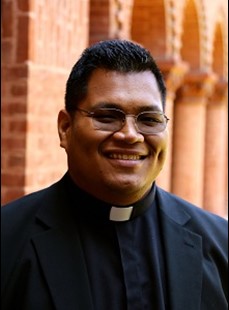 Deacon. Ace Tui was born on the island of American Samoa to Siamani Kelemete (father) and Miriama Aumaivao-Tui (mother), and has three brothers and a sister. His father passed away in 2001, after which his mother was devoted to raising Deacon Ace and his siblings in the Catholic faith. As a family, they would gather together daily at 6 p.m. to pray Evening Prayer and the Holy Rosary, with mother leading and the children taking turns praying a decade. Growing up in American Samoa, Deacon Ace was part of the choir, an altar server, and served in the parish youth group at St. Theresa of the Child Jesus Catholic Church in Faga’alu, and St. Joseph the Worker Parish in Fagatogo.

After moving to Hawaii in 2006, Deacon Ace became an active parishioner of Our Lady of Perpetual Help Church, Ewa Beach, Oahu. He entered Mount Angel Abbey & Seminary in Oregon for the Diocese of Honolulu in 2012 and received his Bachelor of Arts Degree in Philosophy and Religious Studies.

Deacon Ace Tui was ordained a transitional deacon by Bishop Larry Silva at his home parish of Our Lady of Perpetual Help on June 13, 2020. His ordination was the first major celebration for the Diocese of Honolulu during the current COVID-19 pandemic with strict restrictions such as limited seating, mask wearing and social distancing, and No reception allowed. Keeping with Samoan tradition of providing a meal for attendees, Deacon Ace’s family provided everyone in attendance with a HUGE bento.

Deacon Ace is currently finishing up his last year of formation/studies at St. Patrick's Seminary and University. 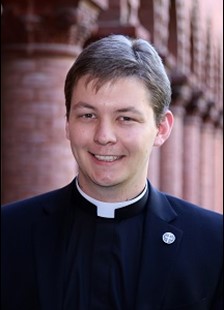 Deacon Dario became a seminarian for the Diocese of Honolulu the Fall following his high school graduation. He graduated from Mount Angel Abbey & Seminary in 2015 with a Bachelor of Arts Degree in Philosophy and attended Saint Patrick's Seminary, Menlo Park, CA, for theological studies.

Deacon Dario is currently on Pastoral Year at Resurrection of the Lord Parish, Waipio. 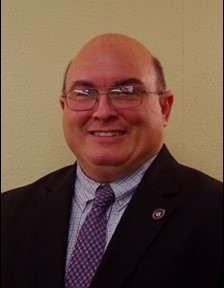 Kevin Clark comes from Buffalo, NY, and is an alumnus of Princess Anne High School, Virginia Beach.  He served in the U.S. Navy as an Electronic Technician. Upon retirement, he become a seminarian for the Diocese of Honolulu in 2014.  He is a parishioner of St. Rita Church, Nanakuli.

Kevin graduated from Mt. Angel Abbey & Seminary in Oregon, with a Bachelor of Arts Degree in three majors: Philosophy, Religious Studies, and Literature (2018).

Kevin is currently on pastoral year at St. Catherine’s Church in Kapaa, Kauai. 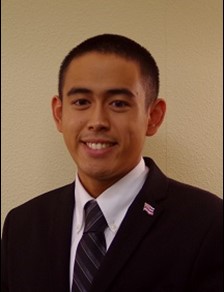 Arrion Rosales-Llantos comes from Kailua-Kona, Hawaii and is an alumnus of Kealakehe High School (class of 2013).  He pursued studies in the area of Criminal Justice at the University of Hawaii, Hilo, for two years prior to beginning priestly formation as a seminarian for the Diocese of Honolulu.

Arrion is a graduate of Mt. Angel Abbey & Seminary, in Oregon, with a Bachelor of Arts Degree in Philosophy (2018).

Arrion is currently on pastoral year at Sacred Heart Church in Punahou, Honolulu. 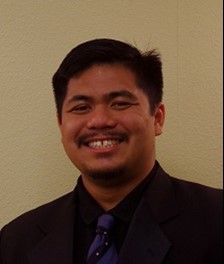 Preston Castro comes from St. Joseph Parish, Waipahu, and was raised by his grandparents, Roland and Edith Pascua, after his mother's passing.  Preston has two younger sisters, a nephew and niece.

Before becoming a seminarian for the Diocese of Honolulu, Preston was studying to become an elementary teacher.  However, because of a promise he had made to his late mother to fulfill her dreams of him becoming a paramedic, he experienced a renewal in his faith, which eventually put him on the path to becoming a "paramedic" of souls, through the ministry of sacraments.

Preston graduated with a Bachelor of Arts Degree in Philosophy from Mount Angel Abbey & Seminary, in Oregon (2018), and is currently on pastoral year. 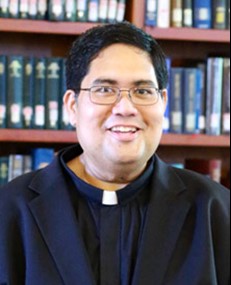 Kurt Meyer was born in Honolulu, Hawaii, to Frederick and Rebeca Meyer. He has an older brother, two older sisters and a younger brother. Kurt is a long-time parishioner from St. Philomena Church in Salt Lake, Oahu. He is an alumnus of Radford High School and graduated from the University of Hawaii at Manoa with a Bachelor of Business Administration Degree in Accounting and a Master of Business Administration degree. Kurt worked in the business world for several years before entering St. Patrick Seminary & University in Menlo Park, California, in 2017.

Kurt is currently in Theology II at St. Patrick’s Seminary and University. 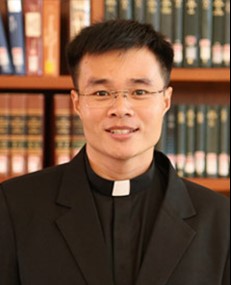 Francis Hai Pham was born in Vietnam. He is the second of eight children of his parents, Joseph Hoang Pham and Theresa Khuong Nguyen. After High School, Francis went to Saigon for his education and to work. Francis joined the Order of the Brothers of the Blessed Virgin Mary of Mount Carmel in New York. He served as a brother in the Carmelite Order for several years and completed his Philosophy studies with the Jesuit Scholasticate in Saigon. After a long period of prayer, discernment, and spiritual direction, he left the Carmelite Order and worked for a few years. He applied and was accepted by the Diocese of Honolulu in 2019.

Francis is currently in Theology II at St Patrick’s Seminary and University. 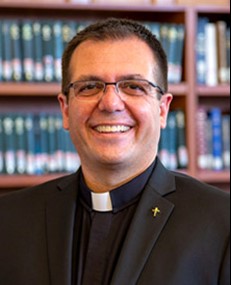 Lawrence Denis III comes from Waikoloa, Hawaii although he was born and raised in Hilo. His parish is Annunciation in Kamuela. He attended St. Joseph School in Hilo from Kindergarten through his Senior Year. He attended Hawaii Community College and is a graduate of the University of Hawaii at Hilo where he majored in Political Science, and then got his teaching certificate in elementary education. He later went back for his Masters in Education. He taught at public schools in both Hilo and Waikoloa for a total of 15 years before entering the seminary. He enjoys spending time with his parents, sister, as well as his family and friends.

Larry is currently in Theology I at St. Patrick’s Seminary and University.

Pancratio was born and raised in Seoul, South Korea. He was raised by his parents who knew and lived the faith. Growing up in South Korea, Pancratio was an altar server and a leader of a youth group in the parish. He majored in architecture design in college and worked as an architecture designer. Before becoming a seminarian for the Diocese of Honolulu, Pancratio was a seminarian in South Korea. However, he did not give up his calling from God and came to Hawaii. He was a catechist and Korean language teacher at the Korean Catholic Community in Oahu. Pancratio has also served at Resurrection of the Lord Parish in Waipio as a reader, extraordinary minister of holy communion, altar server, and catechist. In his vocational discernment journey, he has been blessed with the friendships and mentorship of several holy priests.

Pancratio is currently in Pre-Theology II at St. Patrick’s Seminary and University. 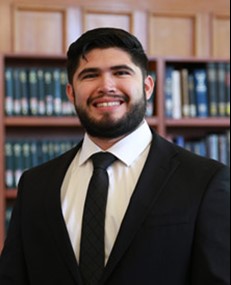 Anthony K. Poore Jr comes from San Antonio, Texas and is a former student of Texas A&M University. Anthony is a proud member of Texas A&M University's class of 2015 with his Bachelor of Science in Poultry Science. Upon graduation Anthony worked in Houston, TX, before moving to Oahu in 2018. Anthony entered seminary formation in 2020.  He is a parishioner of St Anthony of Padua, Kailua

Anthony is currently in Pre-Theology I at St. Patrick’s Seminary and University.

Taylor Mitchell was born in Honolulu, Hawaii, to Wayne and Glenda Mitchell.  He is a parishioner of St. John Apostle and Evangelist Parish, Mililani. Taylor entered into priestly formation as a college seminarian for the Diocese of Honolulu in 2018. He is pursuing a Bachelor of Arts Degree in Philosophy. 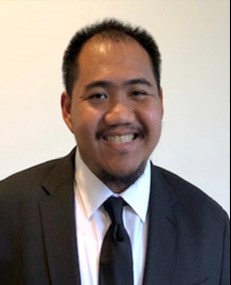 Edgar was born on 1996 in Honolulu, to Shirly and Edgardo Pobre. He grew up in Waipahu his entire life, having attended Waipahu Elementary, Waipahu Intermediate, and graduated from Waipahu High School in 2014. His home parish is St. Joseph Church Waipahu, where he has served as an extraordinary minister of Holy Communion, as well as a youth and young adult minister and a religious education catechist. Prior to entering the seminary, Edgar worked various jobs, and attended Leeward Community College, studying to become a high school English teacher.