Canon law is law issued by the pope and bishops of the Catholic Church. Civil law, on the other hand, is law issued by the government of a state or country. The current Code of Canon Law was issued by Pope John Paul II in 1983.  In addition, canon law includes other laws issued by the pope, a bishop for his diocese, and certain other groupings of bishops (e.g., the bishops of a province).  The proper law of religious institutes is also a form of canon law.  In the U.S., the United States Conference of Catholic Bishops promulgates certain complementary norms for the dioceses of the United States of America. 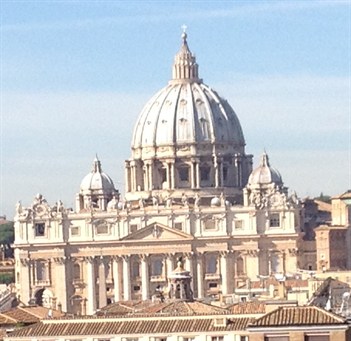 Why does the Church need canon law?

All societies need rules and regulations, including religious organizations.

Law is essential to our Christian religion. One cannot imagine Christianity without legal terminology. For example, testament, justification, redemption, adoption, advocate, and heirs are all legal terms and concepts.

Law in general shares in the sacramental nature of the Church, in that it helps to mediate Christ's presence in the world. In this sense, law is incarnational.  It is both spiritual and external, human and divine.

The exercise of canon law continues the authoritative role of Christ himself, who preached love but also laid down binding practical and moral norms. The apostles exercised this same authority during the first decades after Christ (see Acts 15).  Canon law involves divine authority exercised in a human way by the pope and bishops of the Church, the successors to St. Peter and the apostles respectively.

Canon law is distinct from secular law, although it has borrowed from many different legal systems over the centuries and is not limited to any one legal system. The supreme law of the Church is the salvation of souls, and this guiding principle must be applied to the interpretation and application of all canon law. Canon law does draw from divine positive law (revelation) and the natural law, and it is judged by theology. That is, canon law is part of the governing function of the Church, which is subordinate to the teaching and sanctifying functions of the Church.  Matters of canon law can change if they are of purely ecclesiastical origin (e.g., the requirement of not eating meat on Fridays).  Matters contained within canon law which find their origin in divine law cannot change (e.g., that bread and wine are needed for the celebration of the Eucharist).

Although based on faith, canon law is not the direct means of salvation.  Although at times it may include elements of divine law, it is primarily the law of the Church. It is meant to be a tool of service to the Church and to Christian and human values.  It governs all aspects of Church life, from how a diocese is organized to who may be given a Catholic funeral to what is involved in selling a piece of Church property.

Canon law is necessary for good order within the Church. At times, it imposes penalties.  We have seen, with such problems as the sexual abuse crisis, what results when canon law is not followed. Canonical norms give reliable procedures with predictable outcomes. As a result, it affords stability. Canon law also defines and protects the institutions and externals of the Church. 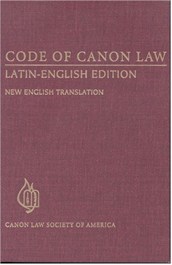 The law of the Church is also meant to enable people to use their charisms more easily and participate in their own way in the three-fold functions of Christ (priest, prophet, king), such as through associations of the Christian faithful and by defining their individual rights and obligations. For example, when St. Dominic wanted to start his Order of Preachers, he sought canonical approval from the Church and was able to begin his ministry.  For all members of the Church, it is meant to encourage the activity of the Spirit andfruitful pastoral action. It is meant to balance the rights and obligations of individuals with the common good of the community.

Last but certainly not least, canon law defines and protects the rights and responsibilities of all people, according to their status in the Church. Law is intrinsic to Christian relationships within the Church. For example, canon law defines the sacraments, which are essential to defining our Christian relationships. It is meant to facilitate peace, justice, equity and fairness among all members of the Church. The Latin title for the Code of Canon Law is Codex Iuris Canonici. While we ordinarily translate this, "Code of Canon Law," it could be more literally translated, "Code of Canonical Rights." An even more complete title might be, "Code of Canonical Rights and Obligations." If all people respect the rights of others in the Church and fulfill their obligations, according to their station in the Church, then the Church would function smoothly and without difficulty.

One of the areas where canon law directly affects the lives of many Catholics is in the area of marriage. 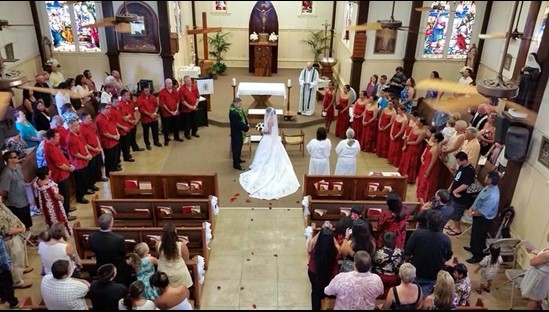 Marriage According to the Plan of God in the Scriptures

According to Genesis 2, the animals were not suitable partners for man because they were inferior to the man. The woman is a suitable partner for the man because she is created from the same flesh and, therefore, is equal to the man. From the time of creation, God intended that a man and a woman would be equal partners and helpmates in marriage for life. Genesis 1-4 also teaches us that one of the purposes of marriage is to have children.

In Mark 10:1-16, Jesus teaches that Moses approved of divorce because of the hardness of the people's hearts. But Jesus restores God's original plan for marriage for his followers. He teaches that no human being can separate a couple that is married because God has joined them together. Marriage ends only in death. According to Jesus, any man who divorces his wife and marries another or any woman who divorces her husband and marries another is guilty of committing adultery. Also, the account of Jesus blessing the children comes after Jesus' teaching about marriage because openness to having children is a part of marriage.

In Matthew 5:31-32, Jesus states, "I say to you, whoever divorces his wife, unless the marriage is unlawful, causes her to commit adultery, and whoever marries a divorced woman commits adultery." Jesus teaches that divorce was not permitted, but he also admits of an exception in case the marriage is unlawful. It seems that there was a problem in Matthew's community of marriages involving close blood relatives among Gentile converts. Such incestuous marriages were considered invalid by the Church.

In Matthew 16:18-19, 18:17-18, Jesus gave St. Peter and the other apostles the power to bind and loose, which includes the authority to pass laws. This power was passed from St. Peter and the other apostles, the first pope and bishops, to all future popes and bishops. Therefore, the pope and the bishops have the authority to legislate. St. Paul exercises that same authority in regard to marriage in 1 Corinthians 7:8-16.

Marriage involves the total union of a man and a woman in all regards. The more a couple has in common, the easier it will be for them to be married. Because of this, the Church prefers that married couples share a common faith and, therefore, that Catholics only marry other Catholics. Canon law permits marriage between Catholics and non-Catholics only when certain conditions are met (canons 1086, 1124). The bishop can permit or dispense (make an exception) and allow a Catholic to marry a non-Catholic only under the following conditions (canon 1125): 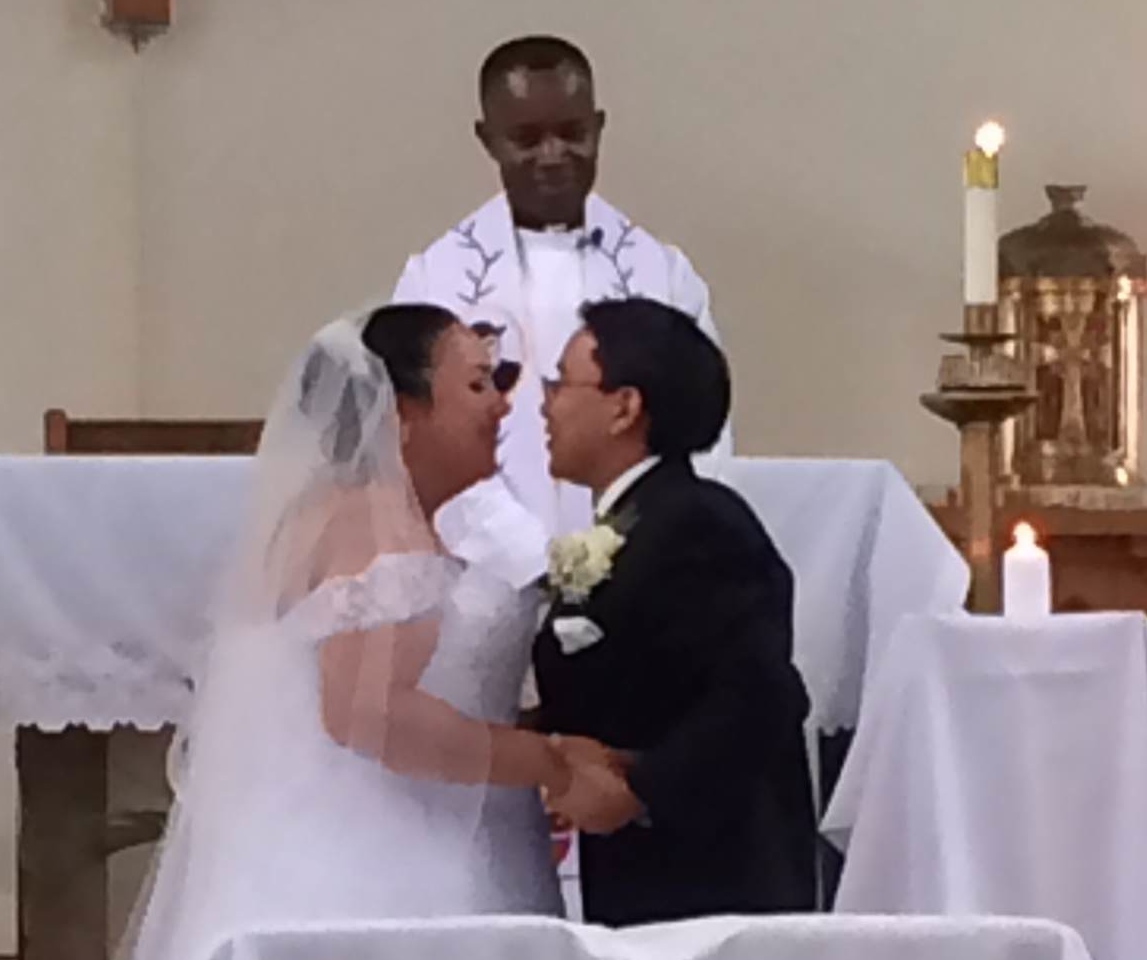 Canon law requires that Catholics get married according to what is called "canonical form" (canon 1108).  These are the requirements:

Since the requirement of canonical form binds only Catholics, marriages between two non-Catholics (baptized or not) are presumed valid by the Church. This is true whether they are married in a civil or a religious ceremony. When a non-Catholic who was previously married marries a Catholic, the non-Catholic needs to receive a petitioner for a declaration of marital nullity (or present a certificate of death of the prior spouse).

Dispensations (exceptions) from canonical form granted by the bishop are only possible in the case of a Catholic marrying a non Catholic.

If a Catholic does not get married before a priest or deacon and two witnesses and no dispensation is granted by the bishop, the marriage is not accepted by the Catholic Church.  It is basically a ceremony that does not count. Catholics living in such marriages are not permitted to receive Holy Communion (canon 915). This traditional discipline was reaffirmed by the Pontifical Council for Legislative Texts on June 24, 2000.

Validations:
Catholics living in marriages outside of the Catholic Church where neither party has been married before can easily have their marriage validated (i.e., made valid) by contacting their parish priest or deacon.

If one or both parties have been married before, declarations of marital nullity (or certificates of death) are required before a validation can take place.